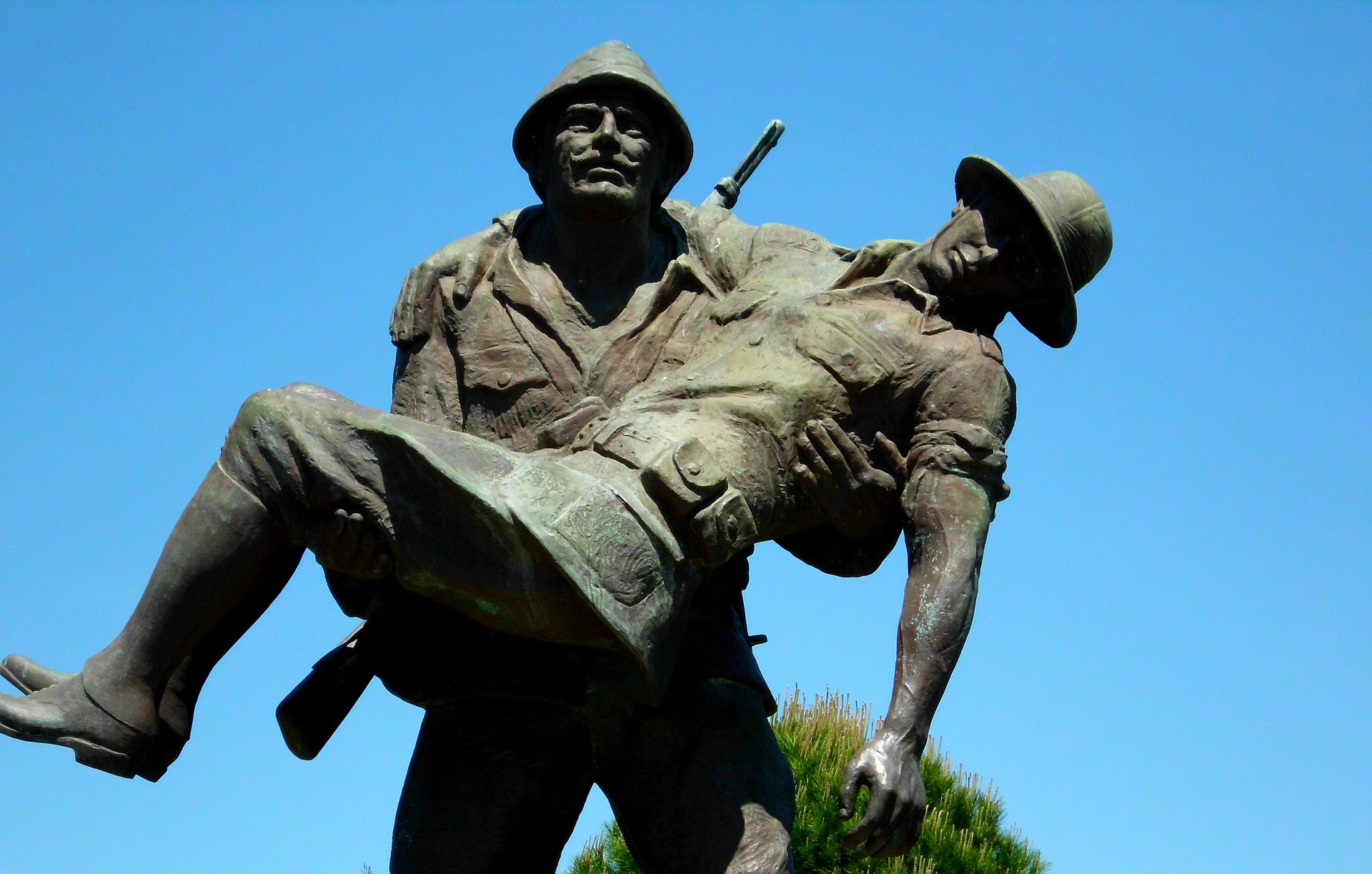 The Gallipoli Peninsula lies to the North of the Dardanelles. Turks call it Gelibolu. Thirty one beautifully tended military cemeteries of the Allied dead from World War I line the Gallipoli battlefields. The major battles  were in two main areas-along the coast between Kabatepe and Suvla Bay, and at Cape Helles.

The Australian Memorial at Lone Pine Cemetery bears the names of the Australian and New Zealand soldiers with unknown graves killed during the war. Some of the most savage hand to hand fighting took place here, and more than 3000 soldiers died. Seven Victoria crosses, the highest award given by British government for bravery and usually quite sparingly distributed, were awarded after the battle. This is the most affecting of all the ANZAC cemeteries, and the epitaphs of the tombstones are very moving.

At the top of the ridge is Chunuk Bair, which the Allies aimed to occupy because of its strategic location overlooking the peninsula. They failed, and Mustafa Kemal Atatürk became a hero. It was here that he told his soldiers “I order you not just to fight, but to die”. All the men of one of his regiments were wiped out, and he himself was saved miraculously when a bullet hit the pocket watch that was over his heart, but the line held. From this hilltop where there are Turkish trenches, a cemetery and the New Zealand national memorial, there are good views of the whole peninsula and the strait.

At Cape Helles, on the southernmost tip of the peninsula, is a massive, four pillared memorial to Turkey’s war dead. No one knows how many there were; estimates vary from 60.000 to 250.000. When returning on the ferry to Çanakkale, look for the memorials to the campaign carved into the cliffs. The large one at Kilitbahir reads “ Stop, O passerby. This earth you tread unawares is where an age was lost. Bow and listen, for this quiet place is where the heart of a nation throbs”.

The Dardanelles have provided the world many myhts and heroes, romances and tragedies. The most recent and the main reason the region draws visitors today, was the Gallipoli campaign in the First World War. In this offensive, Britain(with soldiers from Australia and New Zealand, then still British colonies) and France tried to breach Çanakkale’s defenses in a campaign devised by the young Winston Churchill, at the time lord of the Admiralty. The goal was to capture Istanbul, control the entire waterway from the Aegean to the Black Sea, open up a supply channel to Russia, and pave the way for an attack on Germany from the south. After nine months of bloody fighting that left more than 50.000 Allied and perhaps twice as many Turks dead, the Allies admitted defeat and evacuated, beaten by the superior strategy of Lieutenant-Colonel Mustafa Kemal Atatürk. Churchill lost his job as a result of the failure in the Dardanelles, and his career suffered until the next world war, two decades later. Mustafa Kemal, on the other hand, became a national hero. He had been an insignificant lieutenant, unpopular among the ruling Committee of Union and Progress, but the fame he earned in this war of independence against the occupying Allies. Soon his enemies were overthrown, and so were the Ottoman sultanate and caliphate. A few years after the Gallipoli campaign, the modern, secular republic of Turkey emerged with Atatürk as president.

For the Australians and New Zealanders, WWI was the first real experience of war overseas, and the shocking losses they sustained left an indelible mark. For the Turks, it was an unexpected defensive victory. It was a war of pride, but also one that left behind many stories of kindness between soldiers on opposing sides. The Anzacs and the Turks came from opposite ends of the earth: there was no history of hostility, or even familiarity between them, until they were told to kill one another, but in some ways the war marked the start of a friendship and thousands of Anzac pilgrims come to visit the battlefields every year. Atatürk’s speech, engraved on a Turkish monument in Anzac Cove, seemed to foresee this:  “Those heroes that shed their blood and lost their lives! You are now lying in the soil of a friendly country, therefore rest in peace. There is no difference between the Johnies and the Mehmets to us, where they lie side by side here in this country of ours. You, the mothers who sent their sons from far away countries, wipe away your tears. Your sons are lying in our bosom and are in peace. After having lost their lives on this land, they have become our sons as well”.